An omen by any many other names 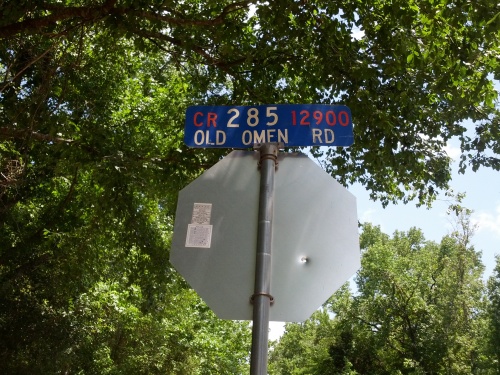 A couple of days ago, I traveled through a crossroad with a name so juicy I had to pull off the road and snap a picture.  My family has lived near Old Omen Road for many years, but I’d never thought to ask — as my kinfolk would put it — “how come it” to have that name.

Turns out, Omen is a rural community which has been called by many names — Round Hill, Canton, Clopton, Troup.  No one I spoke with knows where the omen part comes in, but my all-too-fertile imagination longs to believe the settlers stopped there in 1848 because they received an omen that it was the proper place to set their roots.

And that their staunch Baptist descendants have been trying to scratch new names over Omen ever since.

Doesn’t appear to be working!

Filed under The Vagaries